March continues to be an encouraging month. As well as the two magazine features, Getty images have been in touch and want to take a selection of my work for their picture library (which is nice).
I've included a few images, below, that are part of the selection. The first is a juvenile wheatear calling to it's parent. I shot this in 2010 up in the Scottish Highlands, whilst on a week long adventure with my good friend Phil Morgan. The location was right up in the north west of Scotland, just south of Cape Wrath. The area was full of newly fledged wheatears, being fed by their parents. The birds didn't seem to mind the fact that I was milling about. I shot hundreds of frames, this one was the pick of the bunch. 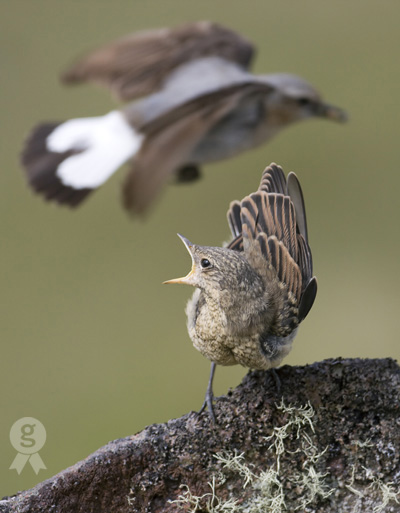 The image below was shot the year after on the drive back down from the Isle of Skye. It was obtained in the early morning, not long after the sun had risen. The location is Rannoch moor, which is just south of Glen Coe. The weather conditions were pretty awful - a blustery wind and outbreaks of showers. Every now and then the sun would break through the cloud and move across the landscape. After running around, trying to get the right vantage point I settled on a spot and waited. Sometimes you don't get many chances to shoot, you either have to wait it out or move on. I waited and was rewarded with this shot. 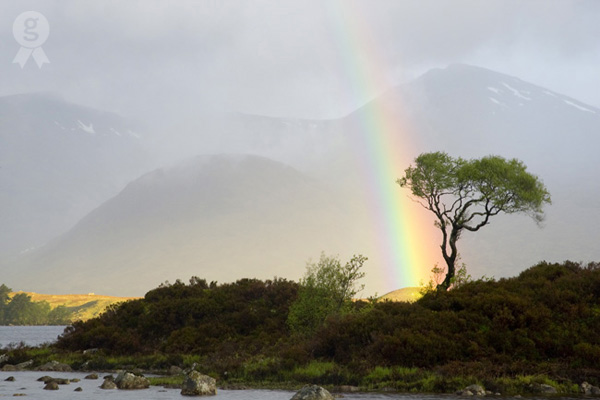 In stark contrast to the weather in Scotland is the weather in the Caribbean. My wife and I were lucky enough to spend our honeymoon on the beautiful island of Aruba a couple of years ago. Whilst she soaked up the sun I mooched about the island shooting pretty much everything I could.
The divi divi, or watapana, tree is Aruba's trademark. Now I usually shy away from photographing the obvious but I had to document this unique specimen. The tree is situated on the beach with its foliage pointing out towards the ocean. In Aruba the watapana trunk is usually bent at a 90 degree angle, due to the northeasterly winds that blow across the island. 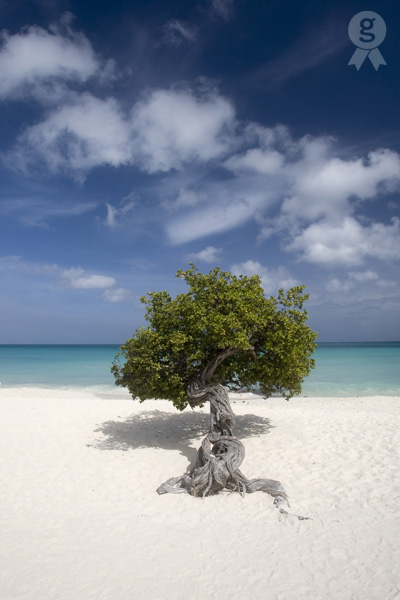